Carbon Negative Travel – a focus on the carbone negative science

In the last 2 years you might have noticed a New topic in Sustainable Tourism Word website: carbon negative travel. I have been introduced to the topic by David Haaren isitigator of Sail Freight Project in Vermount  and with his help I am happy to share a focus on the carbone negative science.

What is so bad about more CO2 molecules in the air? Why do we have to leave fossil fuels in the ground? What do these scientists really know about it? How dare they ruin the fun? 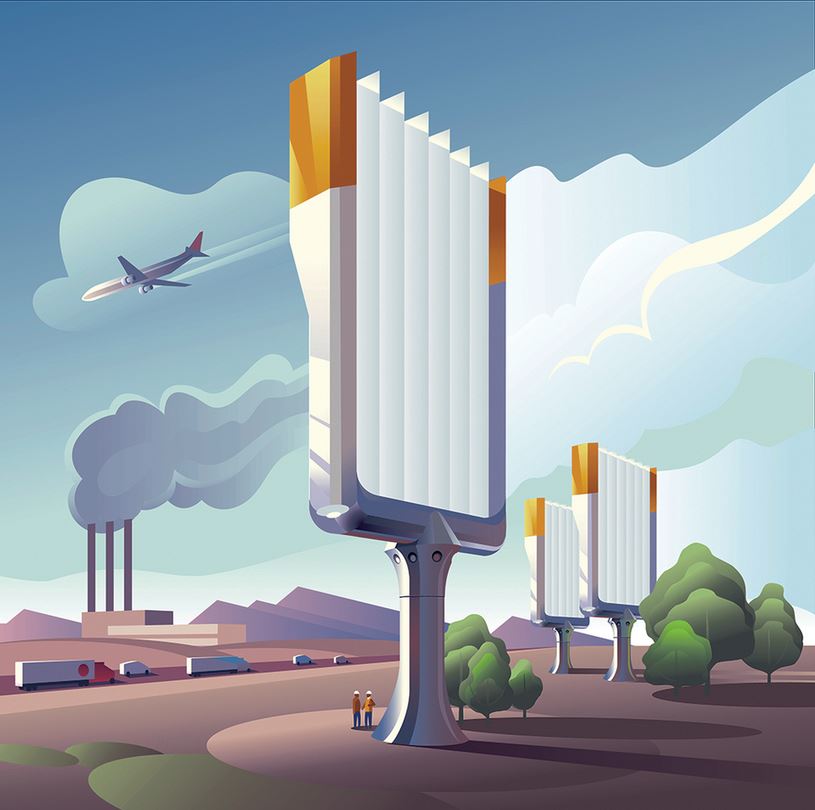 Consider molecules, H2O and the CO2 (and other lesser GHGs as well), as characters in a drama that is unfolding. These GHGs have been building up in the air for many decades. Now we are all concerned about them. Why?

We know that air is made up of mostly N2 and O2 molecules which do not react to the photons because they are not polarized, which is to say that the uniform negative charge of the electrons that surround the two nuclei bound together gives the passing photon nothing to grab onto, no variation in electric charge, no polarity. These N2 and O2 molecules are very boring characters when it comes to radiant energy which moves about as photons. The structure of the H2O and CO2 molecules is what makes them polarized so that some regions (near the H or the C) are less electro-negative (or more positive) than the other regions (near the Os). When polarity is present a molecule in the air behaves like an antenna and that makes it a GHG.

Polarized molecules like CO2 and H2O behave like tiny antenna in the atmosphere. They are engineered to receive energy at specific frequencies, and the problem is that one of CO2’s major frequencies of absorption coincides with the frequencies of emission for the average temperatures of the surface of the earth. 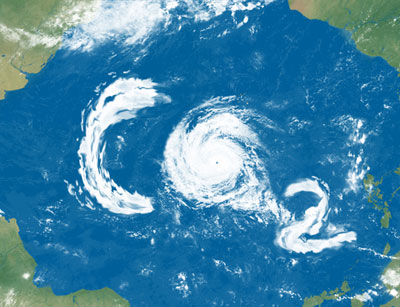 Unlike H2O, which actually does most of the global warming, the CO2 does not condense out as rain. It just hangs up there, slowly being removed as dissolved CO2 in the rain, but this takes centuries. Ubiquitous natural molecules like H2O and CO2 are now key players in the “pollution” of the earth’s atmosphere. The major constituents of air, N2 and O2, are non-polarized, they hardly behave like an antenna at all, because the two atoms are tightly bound together, presenting a negative electron cloud with no appreciable positivity appearing through that cloud.

Photons (electromagnetic radiation) are tiny energy carriers that basically have one property, their energy level, which also defines their frequency and wavelength. The range of energy levels/freq/wavelength we experience daily varies from about one to a trillion, while for more extreme possibilities the lowest energy photon (from a cold object emitting energy to the vacuum of space) might have one trillionth of a trillionth of the energy of a high energy photon (radiation from the hottest of all stars). Photons in the form of sunlight power the whole show, and we can talk about this wirelessly thanks to the tiny antenna embedded in our devices. But we also need to remember that whenever we burn fossil fuels we are releasing tiny antenna into the air that (unfortunately) function quite well as energy receivers.

So we need to find a way to clean the air, or even better not produce waste and pollution. There are lots of researchers currently studying this problem, for example

Professor Stuart Licht at George Washington University has developed a way to extract CO2 from the air to make carbon nano-fibers which can make super-strong and super-light vehicles of all sorts for efficient Carbone Negative travel. Carbon fiber usually is very energy intensive to manufacture and therefore expensive. This is a real breakthrough, the professor Licht’s process uses little energy compared to other experiments, it is from solar power  (a clean energy source), and simply pulls CO2 directly from the air as the feedstock;