The award founded in 2004 has been at the Eleventh edition and it is becoming more and more significant every year. It has been a truly inspirational, I am glad I went to the ceremony, it was exactly what I needed.  I want to WIN the Responsible Tourism Awards in maximum 3 years, maybe I should consider also 5 years time if I want it with an Italian project, but we will see.

Justin Francis, managing director of responsibletravel.com and founder of the awards says “The awards rest on a simple principle that all types of tourism, from niche to mainstream, can and should be organized in such a way that preserves, respects and benefits destinations and locals” – written as reported on TTG@WTM 6.11.2014.

How does it work? An individual, company or destination only needs to be nominated by one member of the public in order to be considered, the long list is then whittled down into a shortlist that is judged by an expert panel.

[toggle title=”OVERALL WINNER“]actually winners are Campo and Parque dos Sonhos and South African Animal Sanctuary. Both winners demonstrate that is possible to address the rights agenda, to swim against the tide and to be commercially successful. [/toggle] 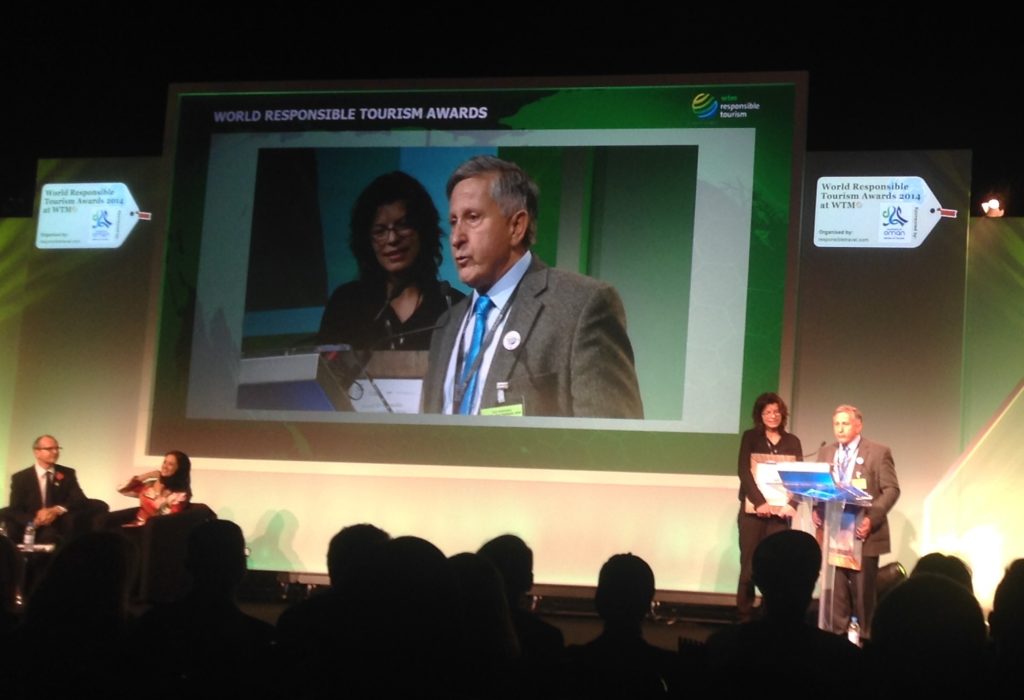 This year winners are divided into several categories, in my opinion, the most interesting are
poverty reduction, animal welfare initiative, aviation carbon reduction, city hotel, engaging people and culture, people with disabilities and wildlife conservation, but all the categories deserve to be mentioned. Here you are the winners! 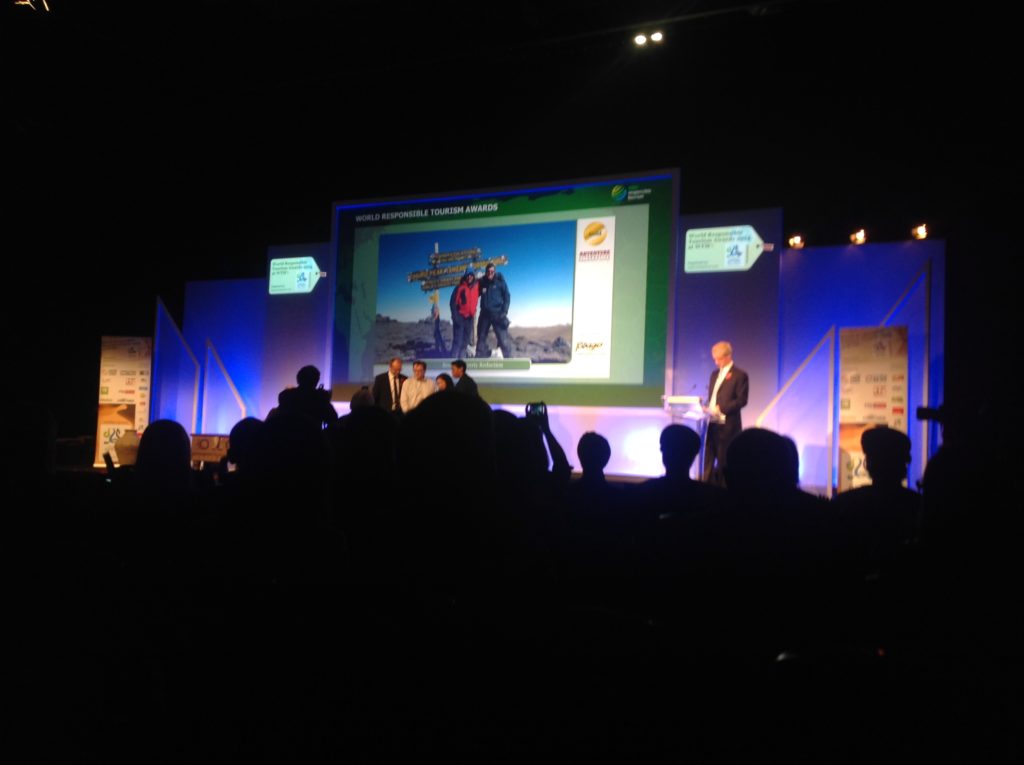 [toggle title=”3.Best aviation program for Carbon Reduction: Thomson Airways.”] “They provide a replicable and integrated model that could and should be emulated elsewhere” improving carbon efficiency by 7.4%. 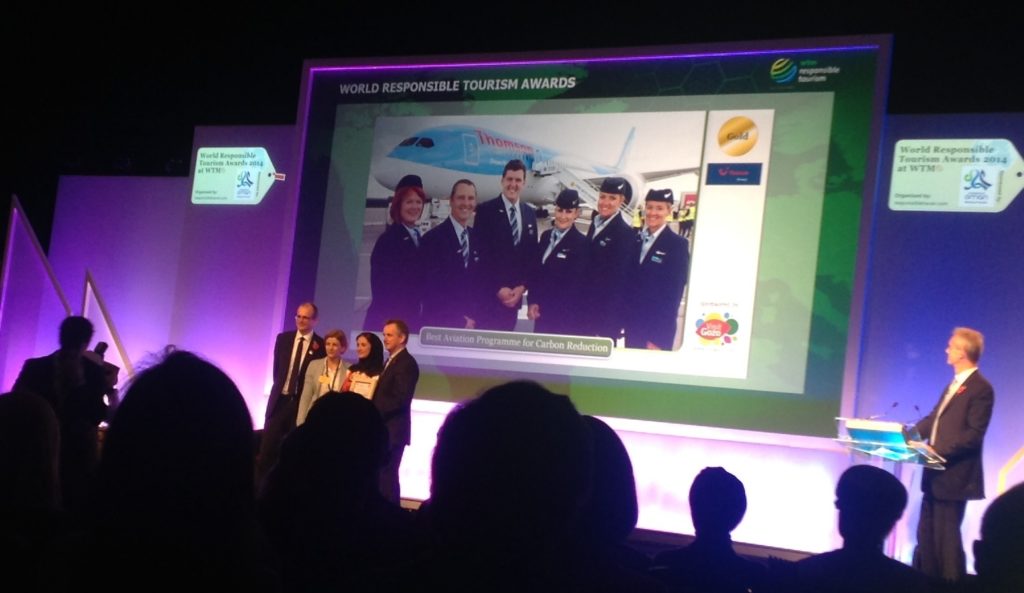 [toggle title=”5. Best City Hotel: Hotel Verde (South Africa). “]Hotel Verde aspire to be Africa’s Greenest Hotel’ and it is clear this is a commitment they share with every guest, delegate & supplier. A true example to follow! I am very impressed by this hotel, I have found the perfect example to give to people asking for how to be more sustainable.[/toggle] 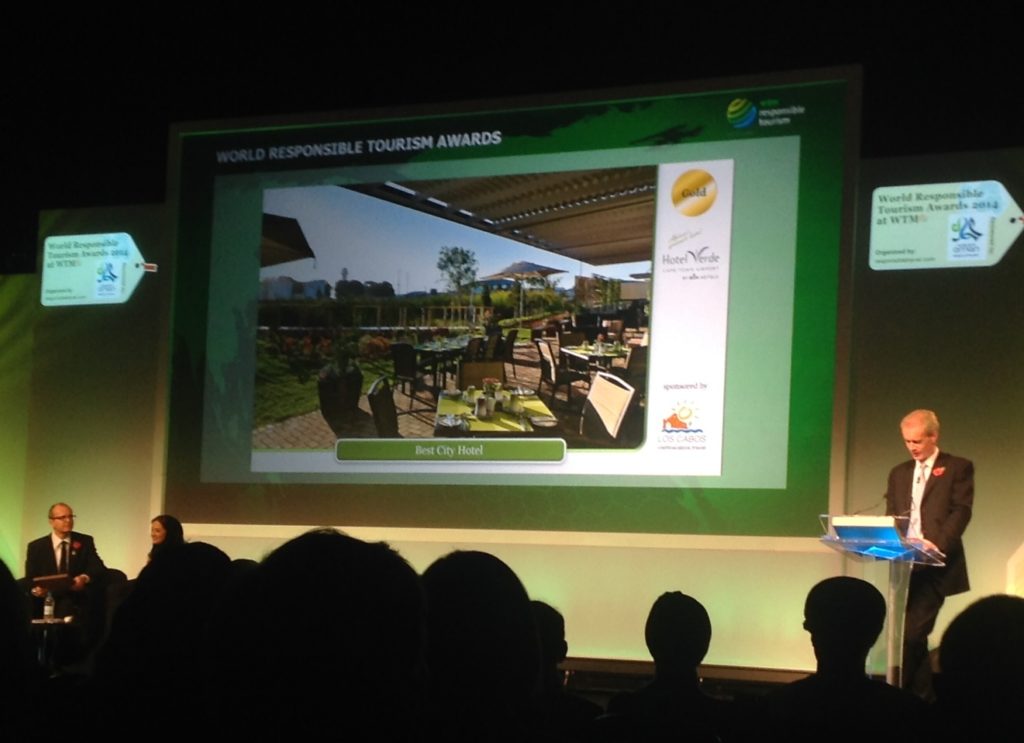 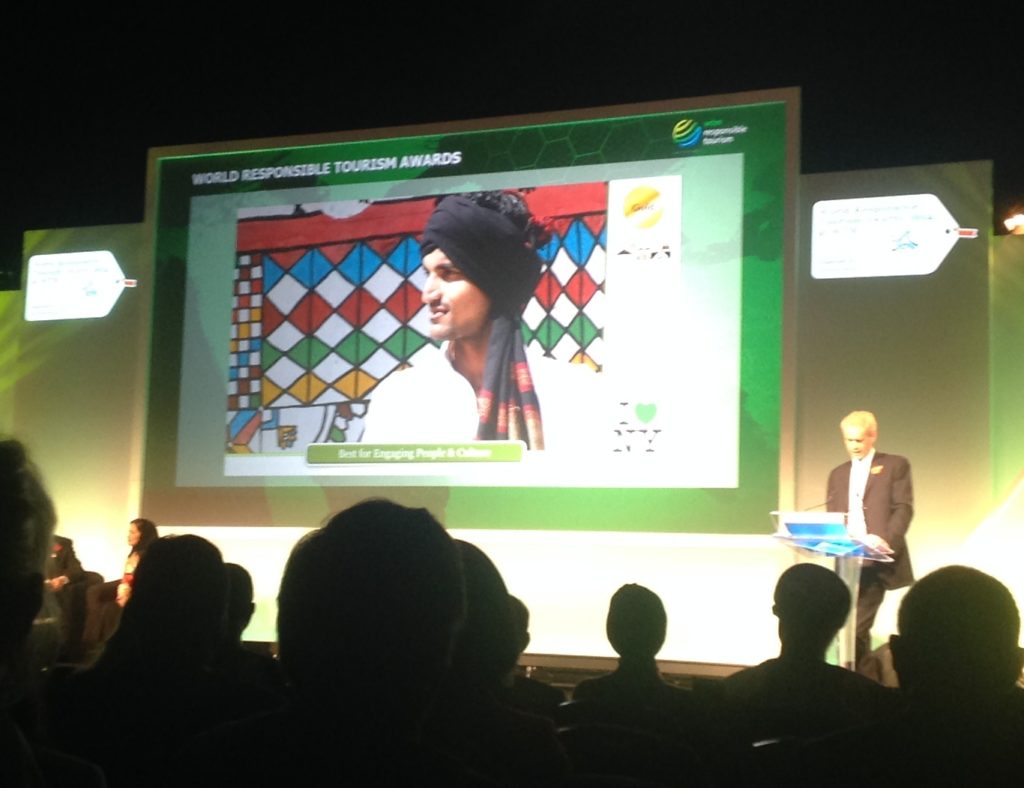 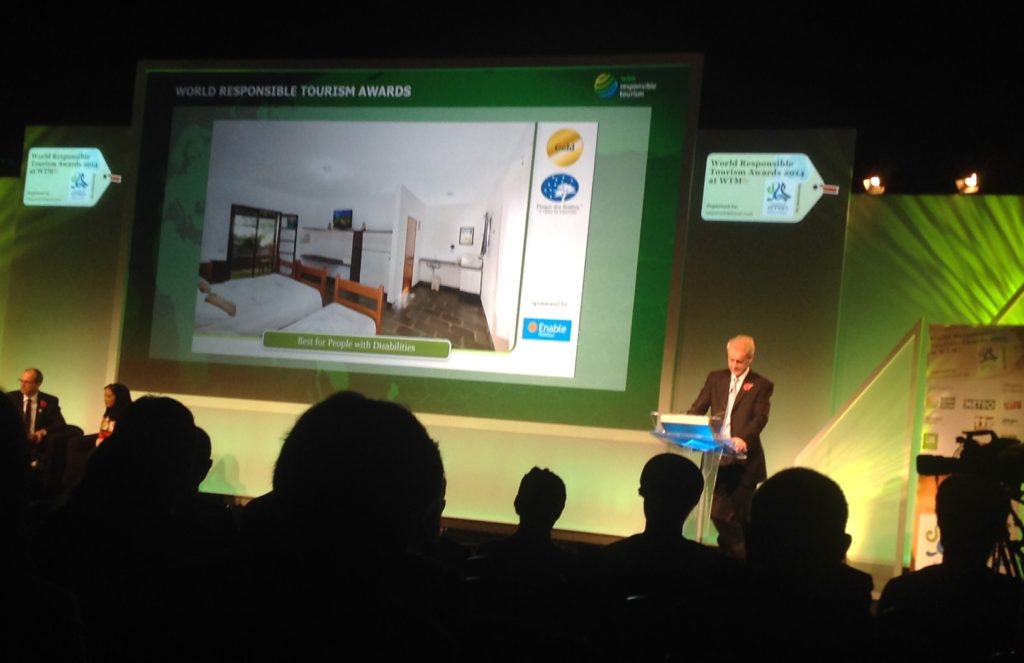 [toggle title=”11. Best Short Film: Travel Oregon- John Day River Territory (US).”] The Travel Oregon’s film explains beautifully what the place is about: values of community and why tourism is important are powerfully conveyed.[/toggle]

I am glad I attended the ceremony during the World Travel Market in London, it has been very inspiring to be part of this event, to see how many people are working & inspired by the same passion for sustainability and responsible tourism. I suggest all the students and professionals at the beginning of their career like me, to attend next year event and to get in touch. This event plus meeting the winners, organizers & Justin Francis (the founder of the awards) has been absolutely motivating.