Overtourism: Venice and Europe in 2022

Overtourism: Venice and Europe in 2022 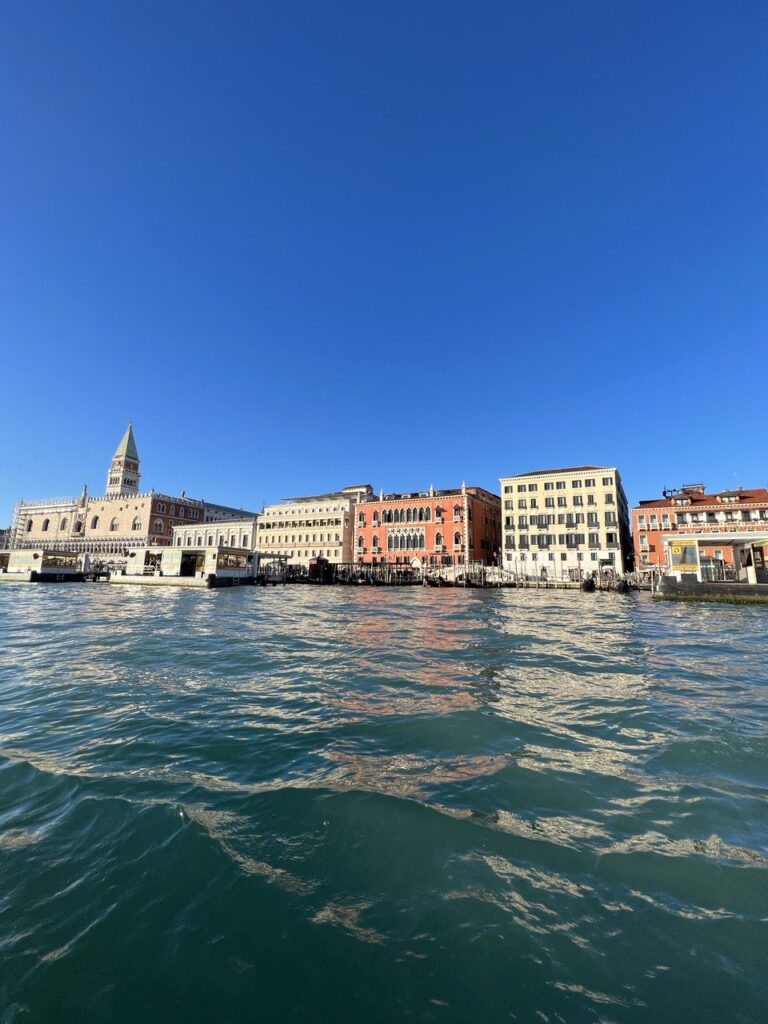 I was in Venice in November, and apart from a much broader view of the lagoon (without huge boats), I have to say that as I imagined, the feeling of crowds, to use a term now in common usage, or more generally of ‘full of people’, ‘crowd bathing’ accompanied me for at least part of the visit. Especially when we went to St Mark’s Square and when we had to cross the Rialto Bridge.

During this short visit, I chose to stay in Chioggia because I had never seen it, unlike Venice, and for logistical simplification.

It was interesting to compare the two situations. Chioggia, like Venice, has a population of 50,000, is a lagoon town with beautiful views, a fishing lifestyle and a much more humane number of visitors than Venice, even though in 2021 attendance exceeded that of Como (a town with twice as many residents).

This trip inspired my desire to update myself on the overtourism situation. I am happy to share the result of my research. 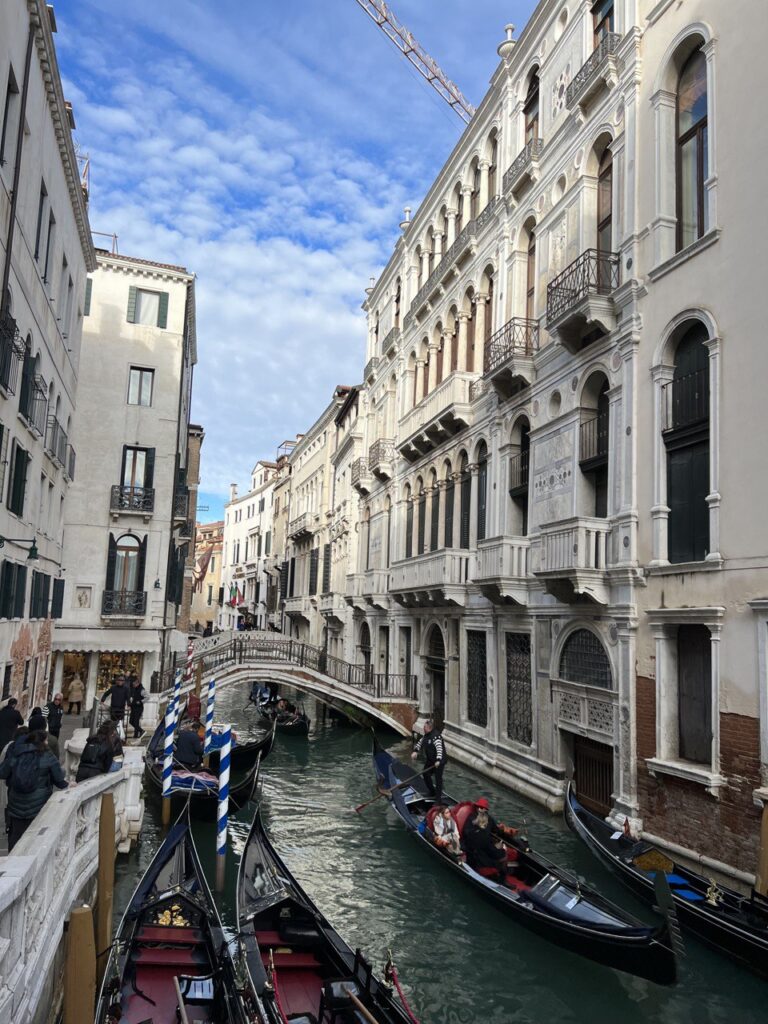 Today, December 2022, the reality of Venice is back to what it was before the pandemic, although the numbers are much lower than in 2019. These are enough to roll up our sleeves to prevent record levels of overtourism.

What has been done in Venice to counter overtourism?

Access has been restricted to the large cruise ships swallowing up hundreds of daily visitors for decades, without the slightest control.

“In Venice, from 1 August 2021, large ships will no longer pass in front of St Mark’s or through the Giudecca Canal thanks to the approval of the decree-law in the Council of Ministers. In addition to the 25,000-tonne tonnage limit, there is also a waterline hull length of no more than 180 metres, an air draught of up to 35 metres, and the exclusion of ships with hybrid sail/engine propulsion. In addition, using manoeuvring fuel with a sulphur content may not exceed 0.1 per cent. Read more here.

As of 16 January 2023, all tourists not residents in Veneto who intend to stay overnight in the city will have to contribute to the city. The amount will differ depending on how far in advance you book and the expected influx on the day of arrival.

The municipality of Venice, reports the Corriere Della Sera, has assured that there will be no limits on admissions, so no closed number or cap on tourists. Everyone will still be able to enter Venice. Still, the tax to be paid on certain hot days, such as Easter, Redentore and the Historical Regatta, is intended to discourage visits.

I cannot agree with this choice, as it would be more democratic and valuable to have ceilings on arrivals and admissions instead of paying more or less. It is more effective to use both solutions: the ceiling of arrivals and contribution to the maintenance of the city.

The number of overnight stays in EU accommodations recorded in the first half of 2022 was 14 per cent below 2019 levels – the closest levels since the COVID-19 pandemic hit the world.

According to Eurostat, the European Statistical Office, 1.01 billion overnight stays were recorded in 2022, while in 2019, the figure stood at 1.8 billion.

Furthermore, overnight stays in accommodation increased by 149 per cent in the first half of 2022 compared to the previous year, with an apparent increase in all six months.

April recorded the highest increase, with a 302% surge in the number of overnight stays, reaching 177.6 million nights, compared to April 2021, when 44 million overnight stays were recorded. This figure could also be linked to the relaxation of European travel restrictions.

Here is the original article https://www.schengenvisainfo.com/news/tourism-in-2022-close-to-2019-levels-eurostat-reveals/

These figures show that the trend is steady growth and confirm that destinations with previous problems of overtourism will likely find themselves in the same situation soon.

WHAT DO YOU KNOW ABOUT CROATIA? 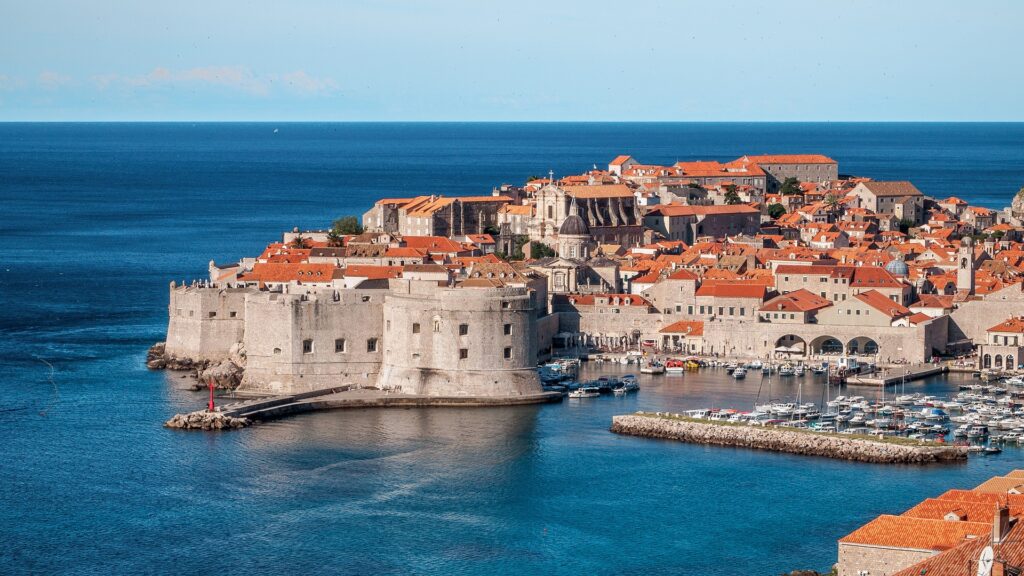 In 2019, Croatia welcomed a record number of 17.4 million tourists, with the itinerary between the Dalmatian coastal cities of Split and Dubrovnik proving particularly popular.

Although the overall number of visitors is likely to be lower this year (2022) due to a slow start, as many countries were still blocked or subject to travel restrictions, this September marked a critical turnaround.

Most Dubrovnik residents are happy to see the city crowded with tourists again. Before the pandemic, there were more concerns.

In 2019, for example, the sustainable tourism initiative Respect The City was established to remind visitors to behave respectfully. The initiative, however, seems to have been quietly withdrawn as the country focuses on recovering the gains lost during the pandemic.

Although cruises boomed in 2019, with a 10 per cent increase according to the Croatian Bureau of Statistics, they have not recovered as quickly as other forms of travel, probably due to increased hygiene concerns stemming from the COVID-19 pandemic.

“Not all cruise lines in Croatia are at full capacity. Many are only at 60 or 70 per cent,” says Ivana Durokovic, a veteran cruise director.

Ms Durokovic believes that the problem of overtourism is still persistent but is not currently in the public eye.

She confirms that overcrowding is causing severe problems in the country. This is why, for example, swimming in the beautiful waterfalls of the Krka National Park is forbidden. Similarly, the Plitvice Lakes National Park could lose its UNESCO World Heritage status due to overcrowding.

I decided to include the data for Croatia because they are very similar to the situation in Italy. Very few operators in Italy complain about too many arrivals, management fatigue, or the ‘rude’ and uninformed tide of guests arriving in 2022. I hope it will still happen in 2023 and speed up the search for solutions to hyper-mass tourism and overtourism. 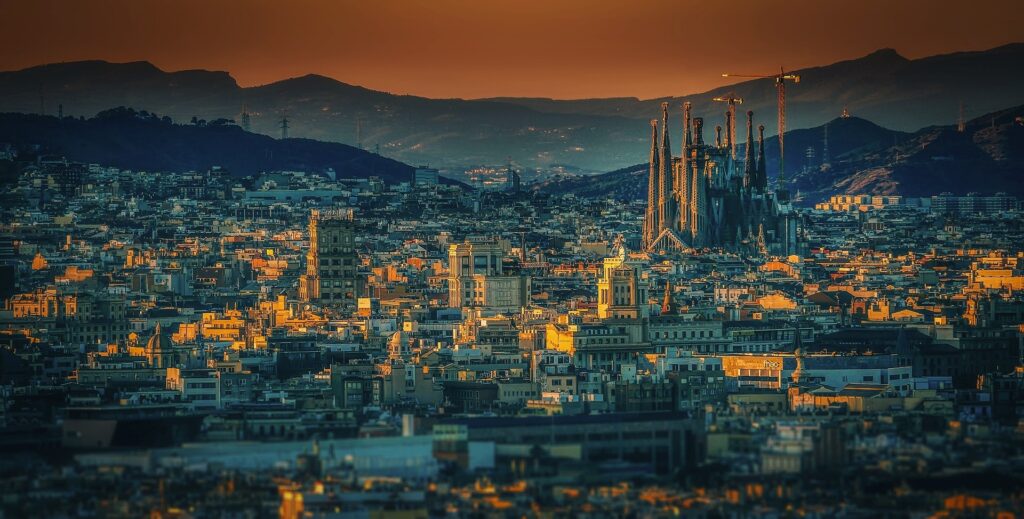 In 2019, the citizens of Barcelona protested the massive flow of foreign arrivals pouring into their city.

In 2021 Barcelona will be the first major European city to ban short-term private room rentals to counteract overtourism.

A similar rule will come into effect in January 2023 in Italy: to be able to rent on Airbnb from 2023 onwards, you will need a VAT number.

In 2022 Barcelona will take further steps to make the city more resident-friendly and less at the mercy of tourists.

On the one hand, it proposes a tax on cruises, a massive problem for the city, which is the busiest cruise port in Europe. In 2019, some 3 million passengers disembarked in the city, with daily visitors exceeding 10,000 for 139 days a year.

Renovation of the Rambla begins in 2022.
For years, the inhabitants of Barcelona have thought of Rambla boulevard as a place for tourists, with souvenir shops and inedible food. However, the City Council wants to change this perception and, in 2022, will reform one of Barcelona’s most famous places to welcome locals again.

Renovation work on the boulevard began on 3 October and is expected to be completed in 2030.

The first of five construction phases has begun in the area of Drassanes closest to the sea, next to the Columbus monument, and will take around 18 months to complete.

The new Rambla will be equipped with around 100 benches and a new unified lighting design for the entire boulevard. As the street will have the same height as the pavements, passers-by will walk on a new pavement made of natural stones, particularly porphyry and granite. Officials will plant 21 new trees and improve the ground. 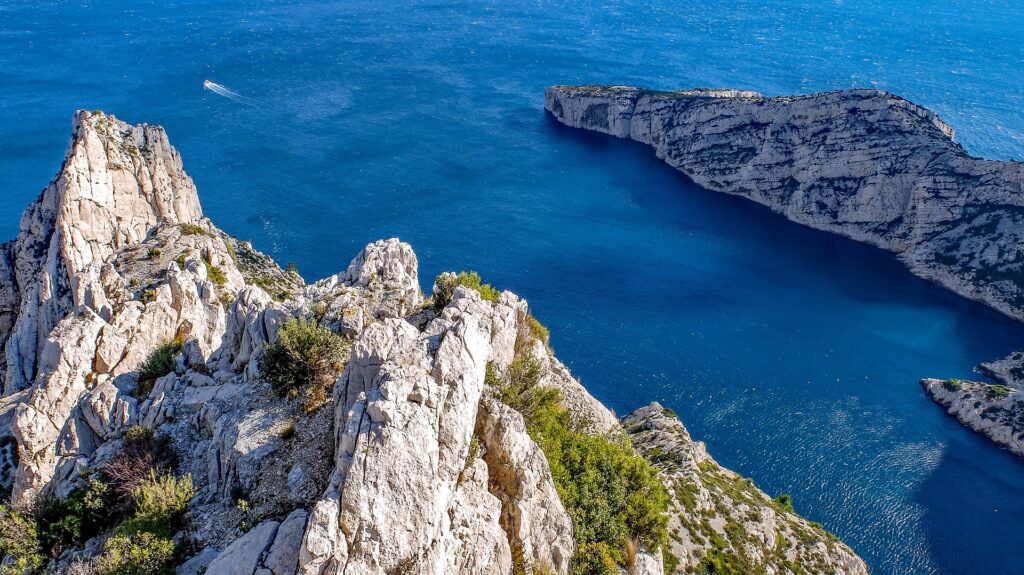 Marseille is introducing new restrictions to save its beautiful coastline from excessive tourism.

The French destination is the latest European tourist resort struggling to cope with the high number of visitors.

The Calanques national park is introducing a permit system to limit the damage.

The number of people will be limited to 400 per day. Visitors can book up to three days in advance through an online QR code system. Reservations will close at 6 pm the evening before the visit.

Reservations are free of charge but will be checked by a private security company at the site.

INITIATIVES AGAINST OVERTOURISM ON THE AMALFI COAST 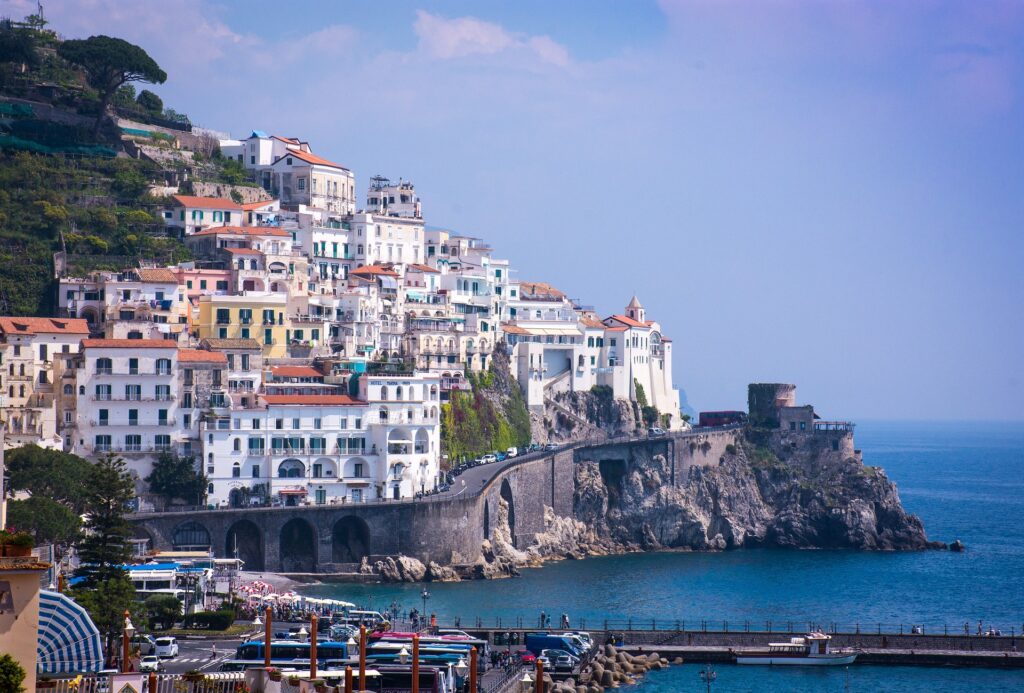 A new restriction system of alternating number plates hopes to change this situation.

During peak hours in the high season, motorists travelling along the famous 35-kilometre stretch between Vietri Sul Mare and Positano will have restricted access.

WHAT ARE THE EXISTING SOLUTIONS AGAINST OVERTOURISM?

The solutions to overtourism recounted in the examples are:

In my opinion, the most exciting solution in Italy is the one proposed by the ATA (Alta Tensione Abitativa) campaign: a national law to regulate the phenomenon of overtourism by providing local administrations with the tools to limit short tourist rentals, which have proliferated since the advent of digital platforms.

This is the purpose of the Ata campaign, which for months has focused on the need to put a limit on the speculative use of houses, especially in the cities most ‘stressed’ by mass tourism.

I look forward to your comments. Please share your opinion, email me or write on social media!Sara – tourism sector consultant