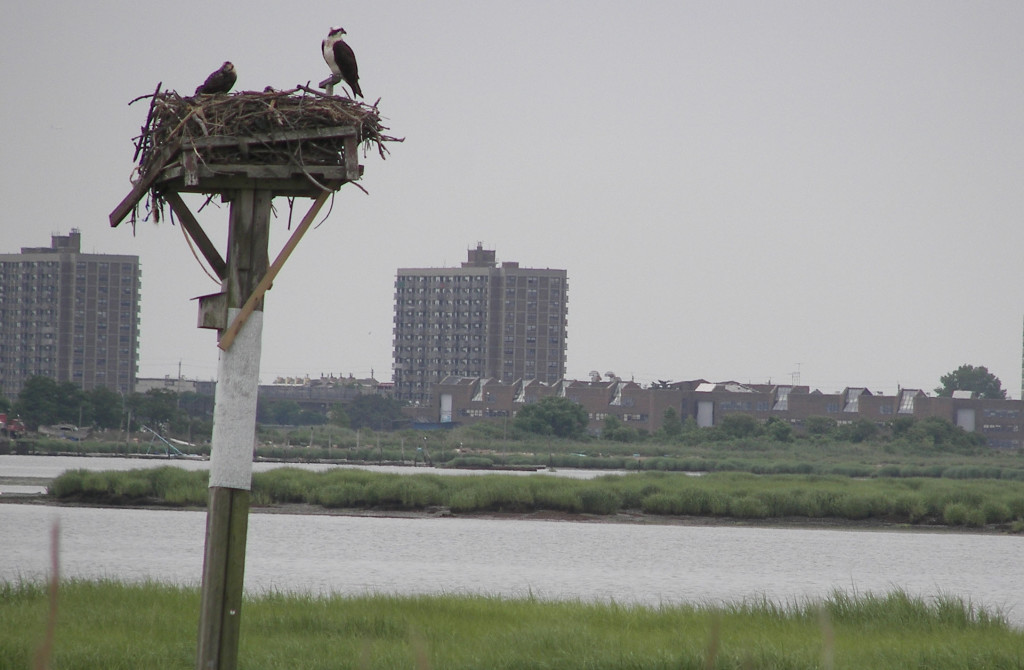 The wildlife refuge at Jamaica Bay in Queens is part of Gateway National Recreation Area,  one of the few urban National Park Service properties in the country, and the banding operation was spearheaded by the National Parks of New York Harbor Conservancy, a nonprofit group.

A special guest of this refuge are the Osprays: large birds with dramatic brown and white markings and four-foot wing spans — occupy the top of the food chain, eating all kinds of fish, and are thus important indicators of the health of their environment. Along with other birds of prey, they were decimated by the widespread use of the pesticide DDT in the 1950s and ’60s, which led to a thinning of eggshells. Once DDT was banned in 1972, however, ospreys began a remarkable comeback, especially in the Northeast. In 1976, New York State put the osprey on its endangered-species list. They were later downgraded to “threatened,” and in 1999 to “species of special concern.” The first successful breeding pair of ospreys built a nest in 1991 on Jamaica Bay, one of the most significant bird sanctuaries in the United States, with some 330 species. Last year, there were more than a dozen active nests, most on top of manufactured platforms that rise 15 feet from the marsh. 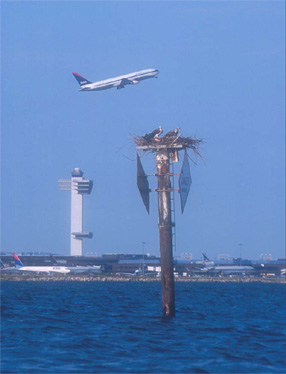 This new project is about Ospray’s movement tracking with Global Positioning System and a new Web site, Jamaicabayosprey.org, in June to follow the bird’s progress. This because “People could watch the osprey making forays from the nest to hunting sites, and then take off in September flying south,” said Dave Taft, the park service’s coordinator of the Jamaica Bay unit.