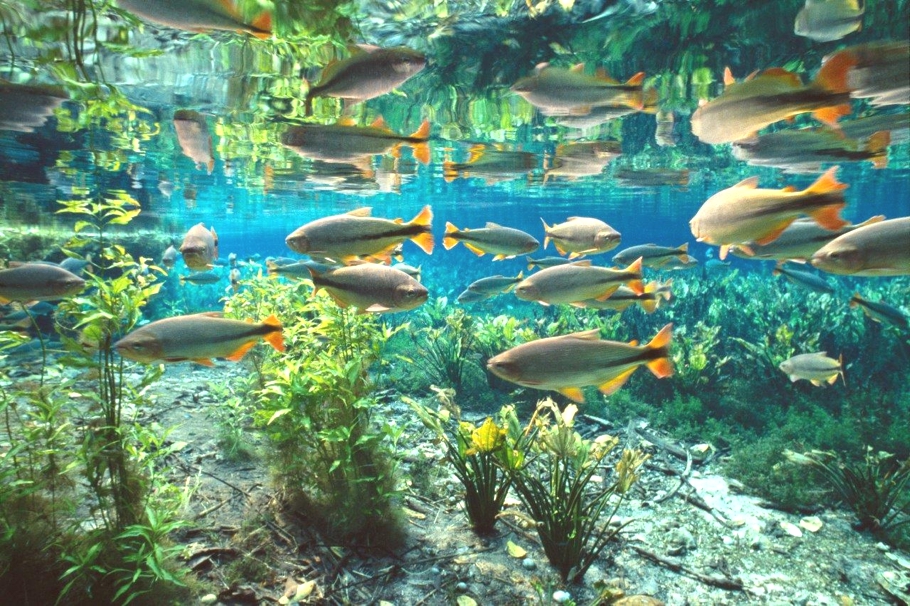 Waiting for the winners of 2014 , I want to remind you last year best Destination for Responsible Tourism: Bonito.

The Responsible Tourism Awards  wants that all types of tourism, from niche to mainstream, can and should be organised in a way that preserves, respects and benefits destinations and local people.  But even more than that, we want to give examples to inspire others.

The reason for winning: “Bonito was launched as a tourism destination when its natural beauty was revealed on Brazilian television in 1990; in 2012 it received 190,000 tourists. Bonito is famous for its crystal clear waters, caves, mountain and forests with diverse wildlife to be found in a national park and ten private reserves. As tourists began to arrive several concerns emerged: there was fear that unregulated tourism could impact on the environment. The private sector businesses and the public authorities realised that tourism development in Bonito needed to be managed so they developed a voucher system to control visitor numbers.

Much more about Brasil responsible and sustainable tourism next days