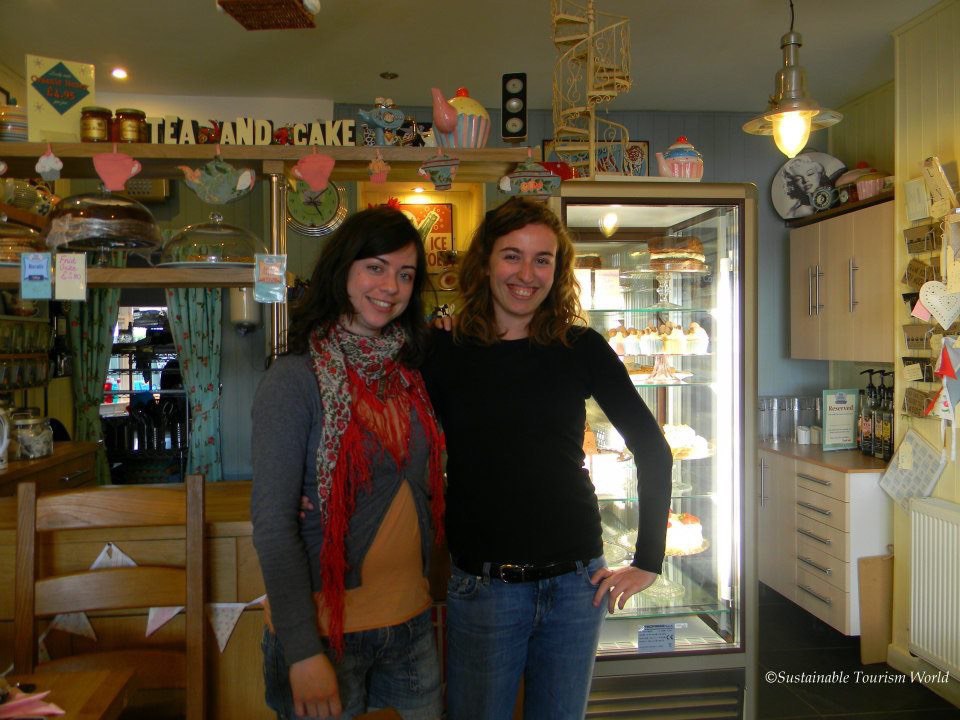 Bideford has a  long maritime history, embracing ship-built building, fishing and trade with North America. Bideford’s long Bridge was originally built of wood in about 1280 to replace the ford beside which Bideford first developed. It was rebuilt in stone in 1535. Closer to the Long Bridge, “The Rose of Torridge” café is essentially a 17th-century timber-framed building probably contemporary with the adjacent King ‘s Arms! has been a  popular resort since the Victorian boom in seaside holidays. Although no architectural gem, it has amusements, cafes and pubs aplenty and enjoys a splendid position, facing a vast beach of sand and surf. Inspired by and named after Charles Kingsley’swashbukling North Devon novel Westward Ho! (1855) the settlement was begun as late as 1863.

A great pebble ridge separates Westward Ho! The beach from Northam Burrows, 253 hectares of a grassy coastal plain, salt marsh and sand dunes. The area is rich in a variety of plants and animals, butterflies and birds including skylarks, wheatears and curlew. Local pot wallopers’ grazed their horses and sheep here: ball wallopers play golf. 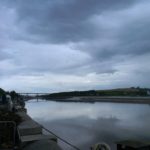 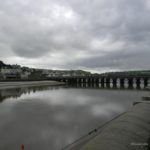 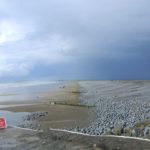 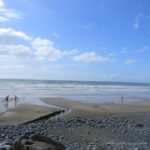