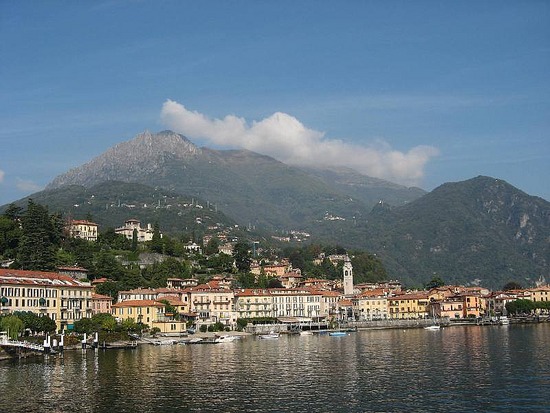 Menaggio is the town where the bicycle tour on Lake Como and Lake Lugano begins. Menaggio rises on the western shore of Lake Como, upon a vast peninsula formed by the Sanagra river.  Sourranded by  Lepontine Alps and swept by the Breva and the Tivano, winds wich for  centuries have  favoured navigation  of these waters.

Ever since  the 19th  century, Menaggio has played an important role in the field of international tourism  with the construction of its big hotels. In 1884 the establishment of  the Menaggio – Porlezza railway line (which ran until 1939) helped to make the town one of lake Como’s best -known holiday destinations.

After World War II a considerable number of infrastructures were set up all over town: quays, hauling and storage services for small boat, camping areas, swimming pools and  tennis courts.

But the most important factor of attraction for tourism in this spot of lake Como has always been the outstanding beauty of landscapes and nature.  In fact, Menaggio is part of a beautiful park: the Val Sanagra which is itself  crossed by the cycle path.

Val Sanagra Park is situated within the wonderful valley in the heart of Lepontine Alps. The valley was named after the homonymous stream Sanagra, which flows from the mountainside up to the mouth of the river Menaggio (200 m). The most important feature of Val Sanagra is the wild environment made of endemisms of the region Insubria, woods, grasslands and mountain pastures: a significant example is the silver fir forest covering the whole stream’s catch basin. These habitats protect a faunal heritage of undoubted value: in fact the park hosts more than a hundred stable animals thanks to the presence of an oasis for the protection of animals.

Significant is the presence of Rogolone, one of the most majestic Sessile Oaks in Europe.