I write about the discovery of a particular special rural hide-away which I have been privileged to come across near Holsworthy, North Devon’s UNESCO Biosphere Reserve, UK. Since 2000 Dick and Elaine have been involved in sustainable tourism projects such as renting holiday accommodation. They have renovated an old stone farmhouse using eco-friendly materials. 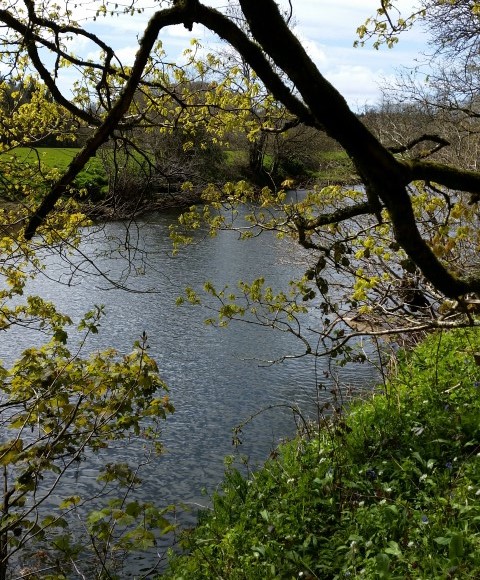 Initially, they did not consider the option of being so adventurous, but they were seeking to improve their quality of life in rural Devon having previously lived in rural Essex.

In 2002 they expanded by developing the neighbouring stone barn to be used as holiday accommodation too. Having started “the good Life” Dick and Elaine continued to make use the land at their disposal (originally 45 acres of mostly ancient pasture woodland and wildlife ponds – fed by a small stream). They planted new trees, allowing trails to be incorporated into the scheme.

In 2008 they had the good fortune to purchase an adjacent area of 85 acres, mostly culm grassland.

In 2010 they were so happy to be awarded Nature England’s Higher Level Stewardship Scheme and in 2011 to be opening Beer Mills Nature Trails, Blagdon End.

The Devon Wildlife Trust and local workforce helped restore hedgerows, and wildlife habitat is being encouraged. There are now four nature walks which are described by Dick and Elaine, who are proud to invite visitors to enjoy this rural paradise. There is an activity centre, discreetly attached to the stone barn development, where talks mainly for school groups or young families take place.

This is one of the most beautiful and exciting places I have ever visited! 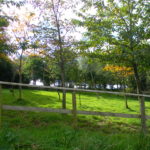 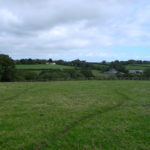 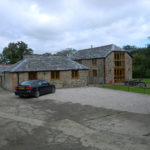 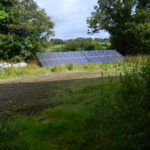 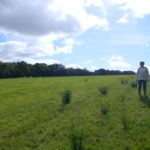 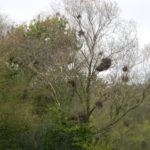 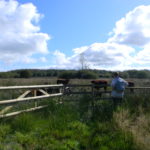 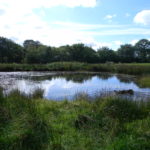 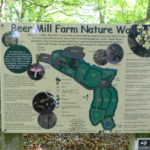