Speaking about Sustainable tourism in Australia the experience at Skyrail rainforest cableway has been amazing, I have visited Skyrail in January 2014. I have found the experience very interesting and breathtaking even if at the beginning I did not understand completely how it can be considered so much sustainable and I was curious to see it in person.

The visit took some hours. I have started the tour with the regular gondola at midday and I finished it around four. It has been a very short visit and I wish I could have more time to stay but at least it was enough to enjoy my time there. The gondola is absolutely stunning, there are no photos that can express how magnificent it was, but I want to give you an example with some of the photos I have taken. 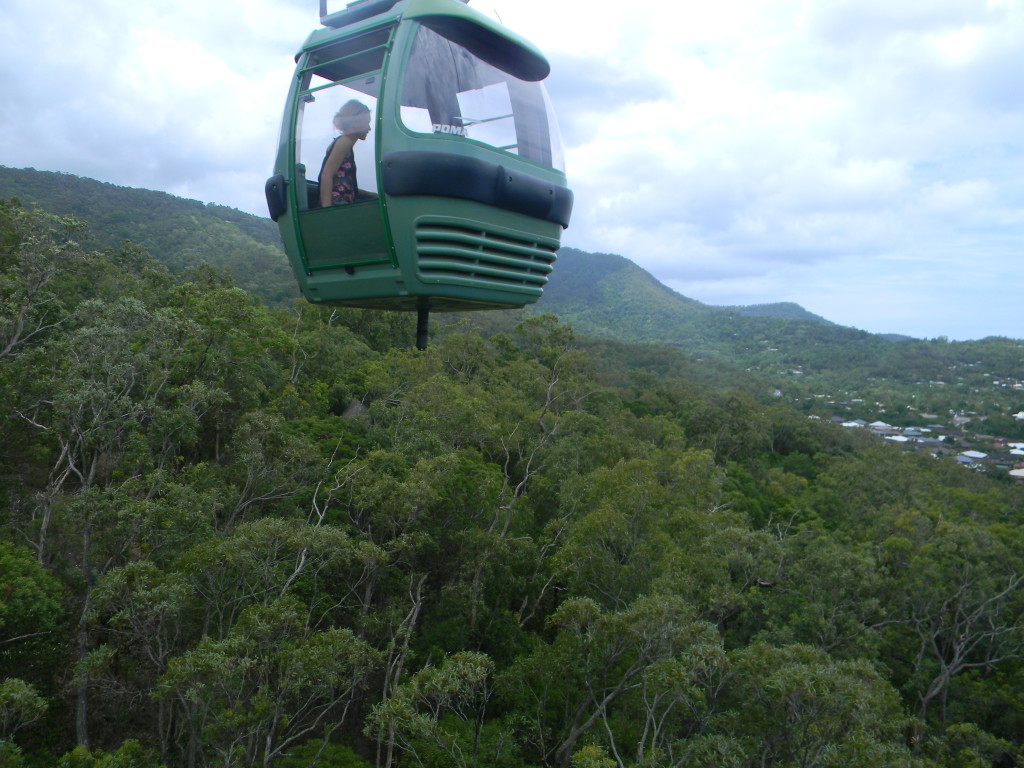 The best view is from the tower n 18 to 25 because this is the closest you get to the rainforest canopy. These towers are seated between the two intermediate stops, the so-called Red Peak and Barrow Falls. 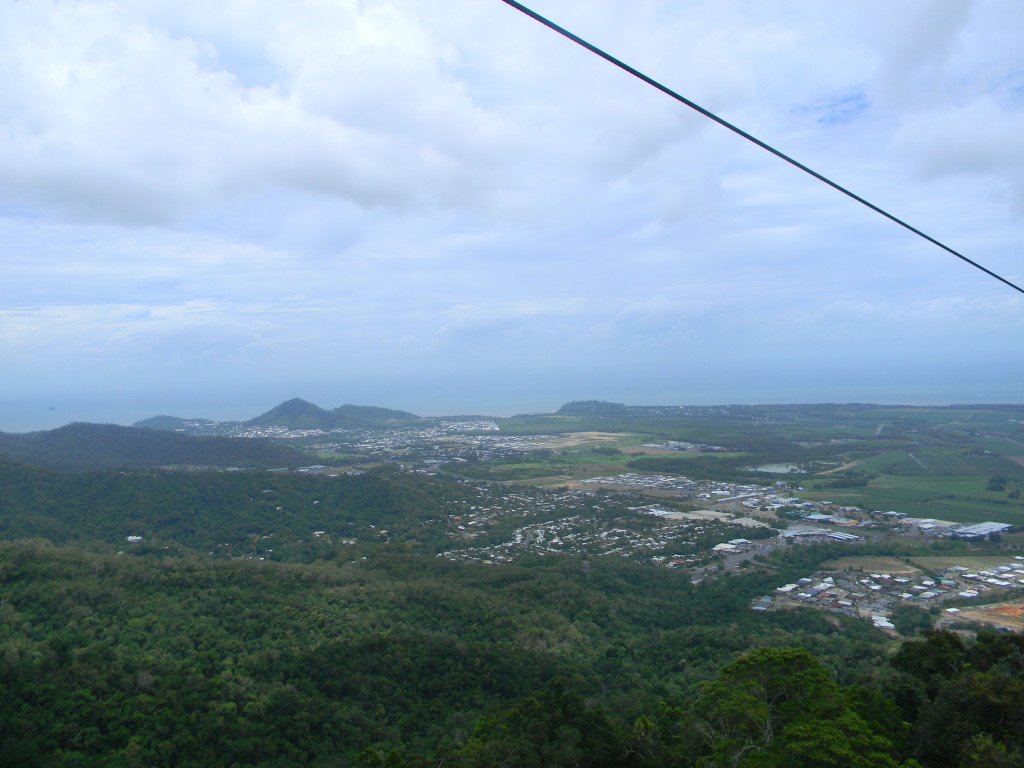 The first stop is Red Peak Station where there is a rainforest boardwalk and a short guided tour waiting for you every hour.

Lush rainforest surroundings at this station invite to take a closer look at the diverse array of plant species, including the towering 400-year-old Kauri Pine.

The second stop is Barrow Falls Station where there are tree lookouts from where is possible to enjoy the view of the majestic Barrow Falls and the Barrow Gorge. At this stop, it is also seated the interactive Rainforest interpretation Centre that helps you to discover the fascinating history and evolution of the Wet Tropics World Heritage area.

Kuranda, the Village in the Rainforest, boasts numerous attraction including a butterfly sanctuary, bird aviary, koala park, art galleries, cafes, restaurants and the famous art and craft market. In Kuranda is also possible to walk, unfortunately, I did not have much time and I could not experience Kuranda, I will certainly do it better next time.

During the visit, I have started to understand a bit better why it is considered sustainable, at least from an economic and social point of view, but I had still some doubt about the ecological point of view I needed to check.

There is only one rule here on sustainable tourism world which tells you the truth, I have to admit after the visit I could not share immediately about Skyrail because I wanted to be sure why they are considered very sustainable, they won awards. To answer all my questions I had to do some research and I am ready now to share what I have discovered.

The sustainability – what is behind the trip, what makes Skyrail rainforest cableway the most environmentally sensitive cableway project in the world?

– Researches founded by the Skyrail foundation

Today I am going to tell you about the construction process, but stay tuned to get more info soon.

[wpspoiler name=”The Construction process” ]The original Skyrail concept was conceived in 1987 and was followed by 7 years of pre-construction feasibility studies, an Environmental Impact Study and numerous other reports and assessments, and consultation and approval processes with local, state and federal governments and local communities.

The towers were constructed in 10-metre x 10-metre clearings and were placed as far apart as mechanically possible. The tower footings were built largely by hand, up to five metres deep in some cases, using picks and shovels.
There were no roads built during Skyrail’s construction. Workers had to walk into the remote tower sites each day, carrying their equipment, which took up to an hour each way.

The Red Peak and Barron Falls Stations were designed to blend in with the surrounding rainforest surroundings and minimise environmental impact and were built in pre-existing clearings. Skyrail opened to the public on 31 Aug 1995.

In December 2013, Skyrail introduced 11 Diamond View glass floor gondolas which seat 5 people and offer yet another amazing perspective of the rainforest below.

The Skyrail project and construction required world-first construction techniques and even today Skyrail Rainforest Cableway remains the most environmentally sensitive cableway project in the world.[/wpspoiler]